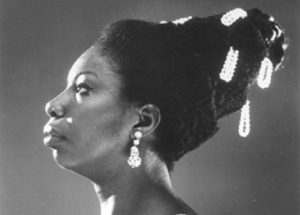 In my History of Interdisciplinary Arts course at Columbia College, we will be focusing on a time and place in history, and each student will choose an artist on which to focus their inquiry. We were asked to pick a decade and a city and to choose someone who was “then & there.”

The top three picks were London in the ’70s, Chicago in the ’60s, and New York in the ’70s. All of these choices promised to be full of interesting, dynamic, and/or powerful characters. There was a run-off between the top two choices of ’60s Chicago and ’70s New York, with New York being the winner.

I spent the next week researching the decade and artists who played their role in shaping the arts at that time. I had a few women in mind:

• Judith Jamison, with her statuesque and regal beauty and her lithe and graceful movements, who came to New York to dance in “The Four Marys” for the American Ballet Theater and subsequently found her way to the Alvin Ailey Dance Theater;

• Cicely Tyson, a beautiful and captivating actress who used her career as a platform for the issues she wanted to address; 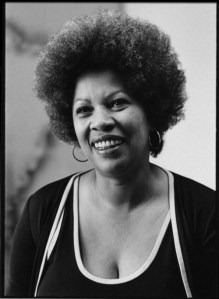 • Toni Morrison, who I love for her poetic prose, her willingness to play devil’s advocate, her insight into human nature, and her ability to be didactic without being dogmatic; 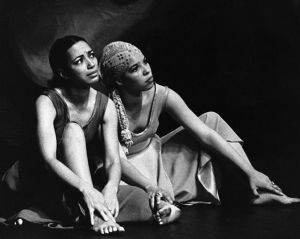 Ntozake Shange Acting in a Scene from “For Colored Girls”; photo credit unknown

• and last, but certainly not least, the enigmatic, inimitable High Priestess of Soul, Nina Simone.

Unable to choose just one by our next meeting in class, I have narrowed it down to three: Nina, Toni, Ntozake. Who would you choose?