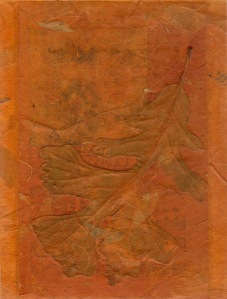 1.(of a substance or object) able to recoil or spring back into shape after bending, stretching, or being compressed.

You’ve got to be resilient to survive a winter in Chicago. Your mettle is tested physically and mentally: dark days, cold days, really really cold days, long nights… And firmness of spirit is needed to “keep it moving.” That polar vortex was no joke. It gets tiring trying to carry on… and yet, you can and you must.

In exploring the lives of my maternal ancestors, I learned that my great-great-grandmother Ora, had lost 7 children during an influenza plague. One by one. Somehow this did not destroy her faith. She kept pushing on, kept giving thanks, kept it moving. She had two remaining children: a son and a daughter. And she would end up burying her daughter who lived to 59 years, before she made her transition two years later.

In trying to metaphorically present what I had learned about my grandmothers and their personalities, I saw them each as a tree. Ora was an oak. The oak tree has long been a symbol of strength and endurance, and I see why. Those leaves cling. They hold on. Even a polar vortex cannot wrest them from their stronghold until they are ready to release. They endure the winter.

One day at a time, and spring will soon come…

Monica J. Brown is a multi-disciplinary artist.
View all posts by mymyriadmuse →
This entry was posted in Uncategorized and tagged Ancestors, Chicago, Oak, Polar Vortex, Winter, yoga. Bookmark the permalink.